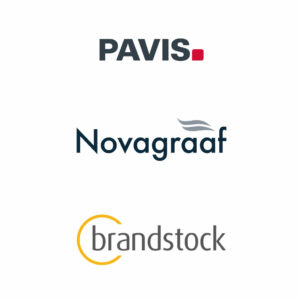 Paris, 31 August 2021 – Questel, a global leader in intellectual property solutions, announced today that it has closed the acquisitions of PAVIS and Novagraaf reported in March 2021. In accordance with its business roadmap, Questel has also completed the acquisition of the remaining minority shareholders of the Munich-based Brandstock company.

Driven by a strong tech culture and broad IT expertise, the Questel group has been digitalising and streamlining the IP industry for more than 40 years. As a result of both organic growth and 15 acquisitions made over five years, the group has expanded to include 1,500 employees and to achieve a leading position in the provision of software and tech-enabled services on a global scale.

Employees and management hold a decisive share in the capital of the company, whose valuation is approaching 2 billion euros.

“It is part of the Questel culture to give all the group’s employees, whatever their profession or their geography, the opportunity to become a shareholder,” says Charles Besson, CEO at Questel.

Questel’s mission is to facilitate the development of innovation in an efficient, secure, and sustainable way. Questel is a true end-to-end intellectual property solutions provider to more than 20,000 clients and 1,5 million users across 30 countries. We offer a comprehensive software suite for searching, analyzing, and managing inventions, trademarks, and other IP assets. Questel also provides tech-enabled services throughout the IP lifecycle, including prior art searches, patent drafting, brand protection, international filing, translation, and renewals. These solutions, when combined with our IP cost management platform, deliver clients an average savings of 30-60% across the entire prosecution budget.

PAVIS is a leading provider of IP management services worldwide. For more than 40 years, PAVIS has been a valuable partner for law firms and corporate IP departments with large IP portfolios. Innovative technical solutions, well-established procedures and a high degree of automation have made PAVIS into one of the most efficient and reliable IP management service providers. PAVIS has a focus on patent annuity payments and trademark renewals. Its subsidiary PAVIS Payments is officially approved as a regulated payment service provider in accordance with the Payment Services Supervision Act. As a result, PAVIS is able to provide all services in full compliance with statutory requirements.

For more than 130 years, Novagraaf has been helping iconic brands and innovative organisations around the world drive competitive advantage. One of Europe’s leading IP consulting groups, Novagraaf specialises in the protection and global management of IP rights, including trademarks, patents, designs, domain names and copyright. Headquartered in the Netherlands, Novagraaf has 18 offices worldwide, and acquired Thomsen Trampedach in 2020. The firm is unique in its ability to provide clients with tailored legal expertise, efficiency-gaining administrative services, and proactive commercial insights.

From its beginning in 1993, Brandstock has grown into one of the leading providers of Intellectual Property services. Headquartered in Munich, Germany with offices in Italy, US, France, Slovenia, and Switzerland, Brandstock covers a wide range of disciplines, and the services encompass trademark filings, renewals, IP benchmarking and recordals, monitoring and enforcement, and IP consultancy.

Subscribe to our newsletter to receive all of the latest news, updates and amazing offers.